Garnet Valley PA 10/4/2013 - With both football teams 5-0, the game promised to draw a huge crowd, so my wife and I arrived at the stadium about an hour and a half before game time. People were already in the stands. The away stands filled up pretty quickly as a group of enthusiastic students dressed in white (some in white body paint) occupied a large section of the stands.

The band arrived and chased out a few who refused to believe the rest of us that the band was going to need that space. Then the game got underway. Some bad calls and some mistakes put Penncrest in the hole early and by half time there didn't seem to be much hope of a comeback. Fortunately I was there for the band and not the football team.

The band did their "No Matter the Weather" show and performed very well. I was excited to find things happening in the show I hadn't noticed before, like this cymbal visual. 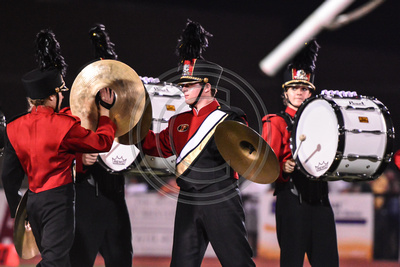 I found out today that has been there all along. I was just in the right place to catch it this time. Now if they would really polish up those plates, there would have been a great reflection of Sally. I was also happy to find my daughter in a place I hadn't found her before. You would think with only 9 clarinets and just two with senior medals, she would be easier to find. 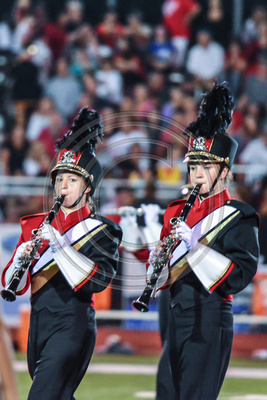 The Garnet Valley band came out next and did a Pirates of the Caribbean show. The Penncrest band director's daughter was easy to find this year as part of a lovely trio. 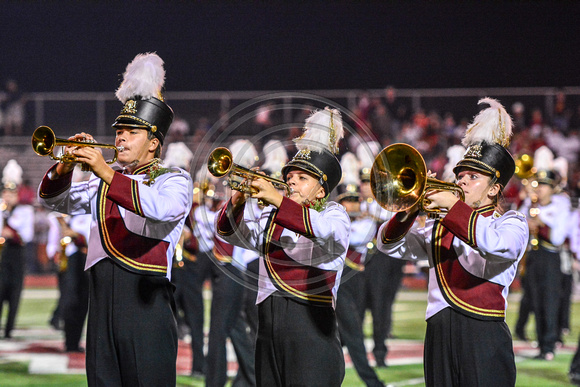 A nice GV band parent came over to me and said "the crew will be coming to life soon" and pointed me in the right direction. Normally at away games I stay back a little and pretty much in one spot, so I might have missed the moment were it not for the heads up. 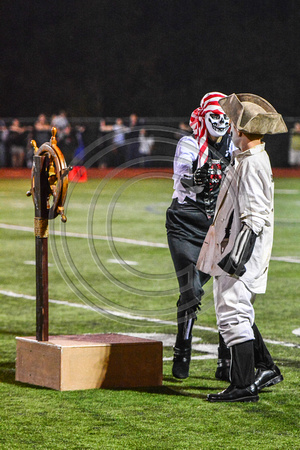 After both bands finished their half time shows, the two bands got together on the track and played the Penncrest favorite "Hey Baby!" demonstrating that friendship can exist even among rivals. Unfortunately I only had my 70-200 so I didn't get any good pics of that performance. I also understand the GV students made cookies for Penncrest. We hung around a bit for third quarter and then got a jump on traffic. It didn't seem like the game was going to turn around and with the huge number of people there, it would have taken forever to get out of the parking lot. 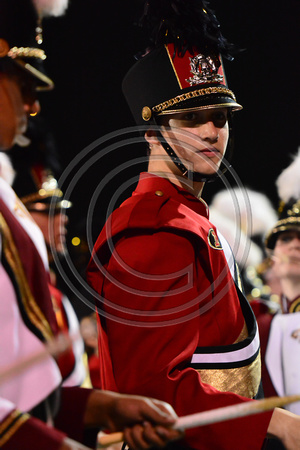