2013 was a good year for my photography pursuits. I had ample opportunities to photograph great performers and travel around the country over the summer. I sold some equipment I wasn't using and added a new camera (Nikon D7100) and several new lenses (bought used on Ebay) including the Nikon 24-70 f2.8. This blog post will discuss some of my very favorite pictures out of the 90,000 I took in 2013.

The indoor color guard and drumline season ran from January through May. There were many great shows but one of my favorites was the Avon Grove High School color guard. The show was called Blinded By Grief and the soundtrack for the show was Abide With Me as performed by Emeli Sande at the 2012 Winter Olympics. http://www.youtube.com/watch?v=jj2LqGvKsLw Through the show different guard members walked around with a blind fold - as shown in this photo. I found the visual to be very moving, especially in combination with the music which is a favorite hymn of mine. This page http://aghsmusic.weebly.com/indoor-guard-2013.html has some information about the show including a video of the performance. 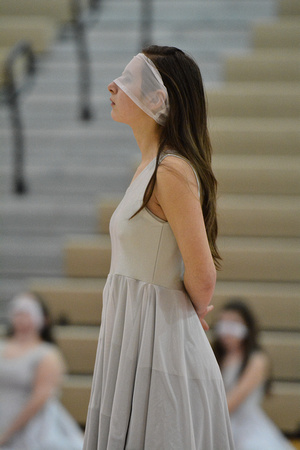 Black Watch is one of the top indoor guards in the activity. I have the pleasure of seeing them a few times a year. Their shows a filled with amazing equipment work and great visuals. Their costumes are always interesting and make for great photographs. At the conclusion of their show they added this move which I was all prepared to capture when I suddenly discovered my camera was not focusing. I quickly manually focused and got the shot. I later figured out that I hit the Manual/Automatic switch on my lens by mistake. But I was pleased I did not miss this shot. Here is a link to some clips from the show which ends with the move captured in this picture. http://www.youtube.com/watch?v=x6lg5wFuAr8 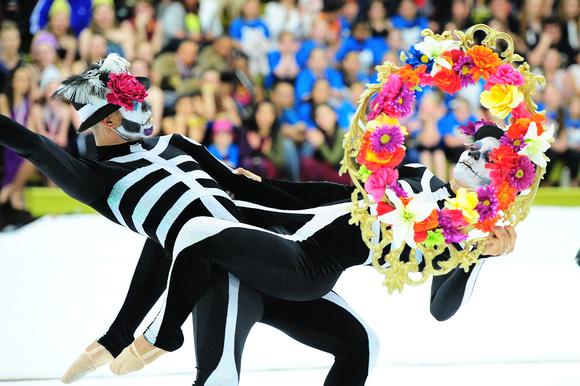 Just before the start of the drum corps season, I had an opportunity to spend three days alone in Yosemite. I had a great time exploring the park and taking pictures of things that were not moving. One of my favorite pictures from that visit was one of Half Dome as the sun was setting. This was taken on my last day there. There were a number of photographers setting up for a shot when I arrived at a little bridge. I found a good location and waited as the sun began to set. I was very pleased with this shot, getting the golden color on Half Dome but still getting good detail and color in the water and trees. 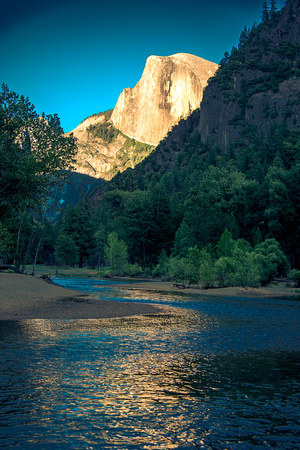